We have received your order and will contact you soon.

ENJOY, CHEERS and SAHHA!
Free glass with orders over €35

Welcome to The Belgian Beer Shop!


The small country of Belgium produces more beer styles than any other country in the world. The book "All Belgian Beers" lists 752 different beers and only 42 are lagers. The rest are top fermenting ALES. The Belgian Tourism Agency promotes Belgium as "beer paradise". We bring a small part of Beer paradise to the Maltese marketplace - including Trappist Ales that are brewed in working monasteries, as well as "Abbey" style blonds, dubbels and tripels. Then there is white (wheat, wit, wiezen) beer, amber ale, Belgian scotch ale, strong golden, blond and dark ales, very strong amber and dark ales, India Pale Ales, Fruit beers and even aged sour ale. There's a gluten free pils/lager too. 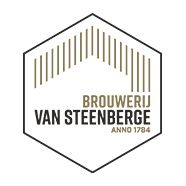 Van Steenberge is a medium sized family run company committed to brewing world-class beer and to remaining independent.We stock a wide range of their beers. The Augustijn Blond, their very strong Piraat and Gulden Draak (both 10.5%) which each have a range of styles, their 5% Amber Ale Bruegel,from their Bornem range their dubbel, Monks Cafe (a slightly sour aged red/brown ale) and their new wheat beer, Baptist White. 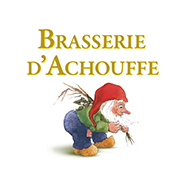 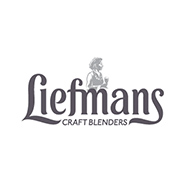 Liefmans have brewed their famous Flemish Brown Ale and Fruit beers at Oudenaarde since 1679, but in the late 20th and eary 21st centuries has had a turbulant history. The brewery was saved with its aquisition by Duvel Moorgat who have investied in the site. Duvel have also added a modern fruit beers called Fruitesse created to drink "on the rocks". We have all 3. For winter we have 75cl bottles of a variant of the Kriek called Gluhkeiek, which is intended to be served hot like a hot toddy.

Duvel Moortgat's brewery is at Puurs Breendonk in Antwerpen province. They are one of Belgium's biggest independent breweries. Of the beers brewed at Puurs Breendonk we stock much of their range as follows: Their most famous beer, Duvel which is exported all over the world and its IPA variery. The range of 3 Abbey beers for the Maredsous monstastry at Dinant. And under their Vedett brand a Wheat/Wit/White beer and an IPA.

Abbey of Our Lady of the Sacred heart at Westmalle near Antwerpen has the second larget of the Trappist breweries. They are usually credited with creating the beer styles called Dubbel and Tripel, much copied by commercial breweries. Dubbels are dark malty beers with a strength of 6 to 8% whilst Tripels are blond beers with a strength of 8 t0 9.5%. We have both Westmalle Dubbel(7%) and Westmalle Tripel(8.5%).

The monks at The Mount St Bernard Abbey near Coalville,Leicestershire, England restarted brewing in 2018. There is single beer in the Belgian Dubbel style and we are delighted to bring the worlds newest Trappist beer to Malta. The abbey dates from 1835 and records indicate that the abbey was brewing in the 19th century. 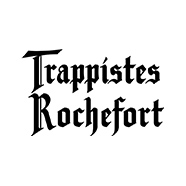 Abbey of Notre-Dame de Saint-Rémy near Rochefort has a small brewery with a huge reputation for strong dark ales - they only brew dark beers. We have all 3 of their beers. Rochefort 8 is their main product, it is dark and fruity and is 9.2% alcohol. Rochefort 10 is 11.3% alcohol and very complex. Whilst Rochefort 6 at 7.5% is a lighter offering - both in alcohol and colour. 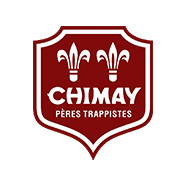 Abbaye Notre Dame de Scourmont near Chimay has the largest of the Belgian Trappist breweries. we have three of their four beers. The beers are usually named by the colour of the crown cork. Red is dark fruity and 7%, White is an 8% ale in the "triple" style, whilst Blue is a strong 9% dark ale. 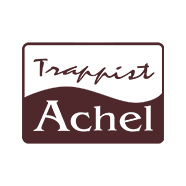 Saint Benedictus-Abbey at Achel near the Belgian border with the Netherlands brewed beer upto 1917 when the brewery was destroyed during the war. They started brewing in 1998 with the help of Rochefort above and are still very small but are already held in high regard by beer experts. We have Achel Blond an excellent 8% ale. 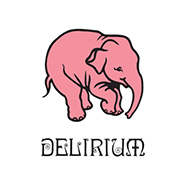 If your business in Malta or Gozo and would like to stock our Belgian beer, take a look at our trade website www.maltabrew.com.
For more information please email us at info@maltabrew.com or call Josh/Sam on 99 888 671.